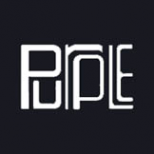 Purple Audio ACTION is a FET compressor reminiscent of the MC77, designed to work in standard 500 racks.

The Action by Purple Audio features a constant impedance 600 ohm input attenuator feeding the input transformer, just like the MC77 units. This makes the input more resistant to overload by hot signals. After the input transformer, the signal is attenuated by the same gain reduction FET as in the MC77. The attenuated signal is buffered by a class A KDJ3 Op-Amp, which feeds the output fader. Lastly, the class AB KDJ4 output Op-Amp drives the custom hexafilar nickel and steel output transformer. The total gain (with no attenuation) is 45dB, just like the MC77.

Attack and release times cover a broader range than the MC77, which can cause distortion… which may or may not be what you are looking for. Use at extremes with caution. The ratios are the same as the MC77, and the threshold moves up as the ratio goes up, just like the MC77.

Stereo linking is accomplished by cross connecting pins 3 & 6 on the edge connector. On the Purple Sweet Ten Rack, there is a second output 1/4″ that can be used to link two Actions. The link is accomplished using a TRS to TRS cable with tip on one TRS connecting to RING on the other TRS and vice versa. Plug in the cable, flip the front panel switches and you are linked. Non-Purple racks do not have an easy way to connect pins 3 and 6, and will need modification to link two Action units.

Reviews
No comments for now. Leave yours once logged in.
16 other products in the same category:
Tube Compressors

Locomotive Audio 14B Circuit Board